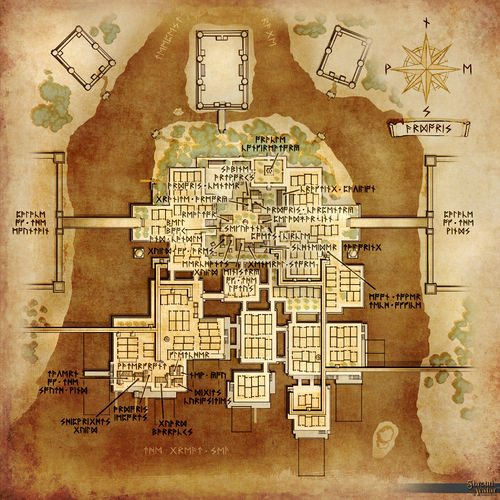 Ardoris, “The Isle of Eternal Dawn” is the first city on the mainland of Novia to be revealed. It is located in the southeast area of the continent and is located in a river delta between the rivers Tempest and Rage. Over the centuries it was built up on the network of islands that covered the marshy river delta much like the Venice of Earth. It is a beautiful city of canals that draws its power from the water of the two rivers that bracket it as well as a system of aqueducts from the surrounding mountains. Across the rivers are mighty cliffs that are topped by a pair of identical castles that face each other: The Palace of the Mountain to the west is home to the Shogun Siranto. The Palace of the Winds to the east is home to the High Priestess Siri. While the Shogun and the Priestess are married rumor has it that they are estranged which is why they now reside separately. Rumor has it that the rift has something to do with the Necropolis, the largest concentration of undead in Novia, which is not too far west of Ardoris.